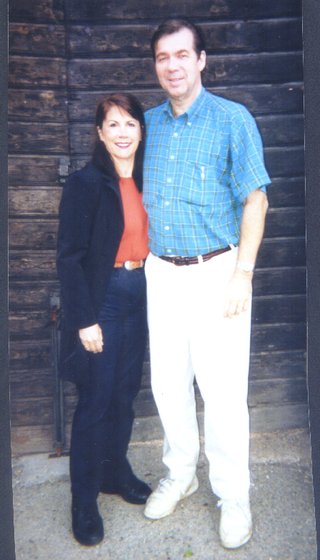 Fred and Jan Yager are a married couple who have written several screenplays, novels, and nonfiction works in collaboration; they have also authored solo works.

Fred Yager was a reporter for the Associated Press for 13 years including four years as a movie critic and entertainment writer, screening hundreds of movies and interviewing hundreds of film industry professionals including actors, actresses, directors, and producers such as Stephen Spielberg, Arnold Schwarzenegger, the late John Ritter, Francis Ford Coppolla, and Sally Fields. He has a certificate in film production from New York University and a degree in psychology from City University of New York. He has been a member of the Writers Guild of America since 1983 and is the author of the novel, REX.

Jan Yager studied acting at the Gene Frankel Theatre Workshop and the American Academy of Dramatic Arts. She has a Ph.D. in sociology from the City University of New York Graduate Center and a masters in criminal justice from the Goddard College graduate program. She has taught at the University of Connecticut, Penn State, Temple University, and The New School. She is the author of 15 nonfiction books including VICTIMS, WHEN FRIENDSHIP HURTS, FRIENDSHIFTS, and EFFECTIVE BUSINESS AND NONFICTION WRITING.

To contact the Yagers about speaking engagements or film rights to their novels, or to request a reading copy of their screenplays ("Untimely Death," "Just Your Everyday People," "No Time for Love," or "Runaways," send an e-mail to: yagerinquiries2@aol.com.
For information on foreign rights, contact: hannacroix@aol.com
For foreign rights inquiries to CAREER OPPORTUNITIES IN THE FILM INDUSTRY, send an e-mail to: bjacobs@factsonfile.com.

You might also want to visit these additional websites for more information about writings by Fred or Jan Yager, including free sample book chapters, article reprints, website resources:

SOUND FROM A STAR

CAREER OPPORTUNITIES IN THE FILM INDUSTRY, 2nd edition (Facts on File, 2009)
Annotated description of more than 85 jobs in the film industry

CAREER OPPORTUNITIES IN THE PUBLISHING INDUSTRY (Facts on File, Inc., 2nd edition, 2010)
A comprehensive guide to more than 85 careers in publishing -- newspapers, magazines, and books -- from editorial to marketing --including extensive apprendixes.

CYBERSONA by Fred Yager
In an extreme case of identity theft, a computer genius who has recently become a quadriplegic when caught in the crossfire of a gang shootout uses the Internet game, Cybersona, to take over the body of another player, a teacher, to extract revenge on those responsible for his paralysis. In an effort to get his body back, the teacher takes over the body of the next player who signs on only that player turns out to be a ten-year old boy.

"A tightly written psychological thriller...the kind of thriller that is easy to pick up, and hard to put down!"--)."
--Reviewer's Bookwatch (The Midwest Book Review)

Career Opportunities In The Film Industry (Nonfiction/Business/Careers)
A thorough career guidebook for anyone considering a job in the film industry covering more than 75 key jobs as well as an Industry Outlook.

When a Husband and Wife Collaborate (an article by the Yagers)